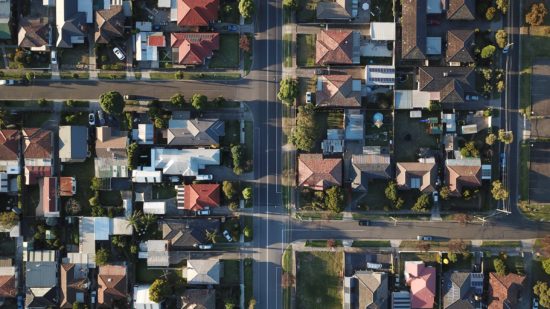 Ending the conservatorship of Fannie Mae and Freddie Mac has been a new objective in the sights of the Trump administration. This is an economic dilemma left over from the financial housing crisis of 2008 exacerbated by the collapse of Lehman Brothers.

Fannie Mae and Freddie Mac were created by Congress to deepen liquidity in the housing market with the intention of stabilizing housing prices by guaranteeing mortgages with the full faith and credit of the United States government. By acting as insurance companies for single family and multifamily mortgages that fit their guidelines, Fannie and Freddie, guarantee principal and interest payments to investors if the mortgagor is not able to pay in full. By reducing counter-party risk for residential mortgage investors to essentially zero, the GSE’s indirectly reduce the cost of housing for the average American.

Fannie Mae and Freddie Mac were placed into conservatorship by US Treasury Secretary Henry Paulson in 2008. The decision to fully take over Fannie and Freddie was made when the loses sustained by the institutions, in the tens of billions, threatened them with insolvency. If the GSE’s had reached the point of insolvency, there is no telling how bad the housing crisis would have been.

A decade after Fannie and Freddie were place into government conservatorship, there has been renewed interest into the future ownership of the organizations. Fannie Mae and Freddie Mac pay the US Treasury tens of billions a year in dividends, dividends that investors desperately want. There are three basic schools of thought for the future of the GSE’s: preserving them as fully public entities, pure privatization, and a public private partnership.

By preserving Fannie and Freddie as fully public companies, the gains to capital (dividends) continue to go to the US Treasury and not to private investors. Opponents would argue that the federal government has no business profiting off of creating a secondary marketplace for mortgages and those dividends should go to private investors. Opponents would also argue that since both Fannie and Freddie are owned by the federal government, there is no incentive for them to compete and consumers are not getting the best deal possible. The argument for maintaining the status quo is that since the losses are insured by the full faith and credit of the federal government, the profits should be too. Essentially, you can’t privatize profits while collectivizing losses.

Many libertarians and conservatives favor phasing out Fannie and Freddie and leaving their function to the private market. They argue that the private market will be more competitive and will not underwrite bad loans because they will be in a loss position from it. The counterargument is a short and swift checkmate “AIG circa 2008”. Also, if Fannie or Freddie began to take on serious losses, they could easily be greater than the market capitalization of the company, which would cause a runaway domino effect in the broader economy.

The third scenario, a public-private partnership, by a combination of the two systems above. The Office of Management and Budget has proposed a plan that would convert GSEs into “fully private entities” responsible for raising their own capital and backed by an explicit government guarantee. The new proposal outlines that the federal regulator in charge of managing the government-sponsored enterprises could approve more guarantors and, in turn, promote competition between them. So far, Treasury and HUD have remained somewhat uncommunicative regarding their stance on the OMB proposal. The investors would be in a first loss position for a set percentage of the bonds value and any losses beyond that point would be backstopped by the federal government. The issue with that is that it would remove liquidity from the housing market and increase housing prices.

This addition of guarantors worries small lenders because it opens the door to disproportionate influence from megabanks to give sizeable discounts to larger firms, putting the smaller lenders at a competitive disadvantage.

There is still a big question mark to the fact that this proposal doesn’t address what the process would look like for how GSEs would recapitalize after they are released from conservatorship. Preserving the GSEs could work if they instill and maintain strict underwriting guidelines. It is extremely beneficial for the economy to have these sources of capital and nurturing transactional velocity in the marketplace.

Any effort to convert the GSE’s to private enterprises will be a multiyear effort due to the amount of intertia in the status quo. The taxpayers are content with the current arrangement and so are the markets. The OBM’s proposal should be viewed as more of a conversation starter rather than an immediate action point.