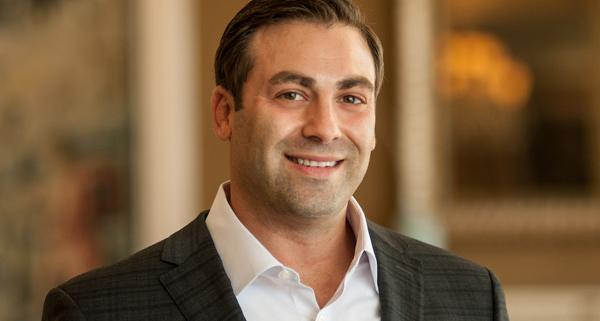 Here’s a summary of the trends and sentiment I heard at the annual Western States CMBA conference that just wrapped up in Las Vegas last week. Speaking with upwards of 40 lenders, primarily on the debt side, as well as a host of conversations with those who attended, it is clear the mortgage industry is strong, although much more volatile compared to last year at this time.

Though most lender volumes are down, transactions are still getting done, though everyone is having to work harder to close deals. There’s more activity in the fixed rate bridge and balance sheet bridge lender areas, as borrowers shy away from floating rate loans and seek to avoid purchasing expensive interest rate caps. They can offer more flexibility and higher leverage compared to cheaper lenders.

Bridge lenders on CLO or warehouse lines are challenged, as some are pulled or reduced, and those lenders have seen their production take a hit. The CMBS folks are hurting and are experiencing reduced volumes. Rates on CMBS are in the 6% range for most asset classes, making it less attractive right now. CMBS remains the lender of last resort.

Agencies are getting more aggressive on affordability aspects and are seeking to increase production as we close out 2022. Typically, agencies hit their allocation limits by fall, allowing them to slow down and increase spreads through the end of the year. This year that maybe not be the case. There is somewhat of a mixed perspective on this as some say they’ve hit their limit, while others say they haven’t. It is true that volume is down for multifamily deals and refinancing’s are not taking place simply because they are not as incentivized in a higher interest rate environment.

Balance sheet lenders are certainly more competitive. There’s more demand for pref equity and Mez debt due to increased rates, too. Many lenders are being cautious as they figure out where market is going to be in 6 to 12 months. It is really about interest rates to see how long they are going to increase and for how long. It is clear that for the rest of year, lenders expect rates to go up and that will continue to make it challenging to get deals to pencil and it will slow down the market.

As we go into 2023, much attention will be on the sentiment of Fed. Lenders need to see what that is and will be cautious to see how things shake out over the next quarter or two. That makes it harder to forecast today compared to past markets.

Many lenders are out of the market since it is difficult to know how to underwrite deals.

They are not finding the clues they need about what cap rates or interest rates will be in the next year. In the past, they had an idea or confidence to know where the market was going. Today, they don’t know if rates are going to shoot up, come down quickly, or stay elevated through 2023 and then be brought down in 2024. Those are some very big questions and are producing significant uncertainty.

There are big challenges for construction and bridge lenders to tackle. Higher rates are causing lenders to increase their debt yield requirements, which pushes down leverage. But the market has largely made the transition from Libor to the floating rates of SOFR, without disrupting the transaction activity we’ve seen.

There still is strong interest in the Single-Family Residential (Build-to-Rent) BTR asset class and industrial properties. Lenders are hesitant to embrace office just yet until there’s more clarity about back to work plans, how long that will take and what the office of the future will look like. There was little interest in retail during the pandemic, but the sector has worked way out the downturn with retail concepts to serve new communities and needs of consumers. Most limited-service hotels are back to pre-covid or better conditions in the eyes of lenders.

The supply demand drivers underlying real estate assets are still strong despite the volatility of increased interest rates, thought that’s been an artificial way to dampen demand. The need for new housing, industrial and retail is still there.

Uncertainty remains, though the industry will muddle through the coming market. If you ask lenders, 80% will say 2022 will be down year from last year. All accept that reality and understand that we’ve just come off several really strong years. Many thought 2021 was going to be a bad year but it turned out to be one in which record high volumes were generated.

Today, there’s no sense of panic in the market despite the challenges. Most recognize we’re coming off a high point and are on the other side of the hill. They are trying to adjust to a new environment and figure out the uncertainty of rates. Once we’re on the other side of this, I believe it will be a very strong market and activity will increase. For now, as rates increase it will be a challenging time. We will see more growth in secondary financing, like pref equity, Mez debt and other creative financing solutions to help sponsors with their capital stack.