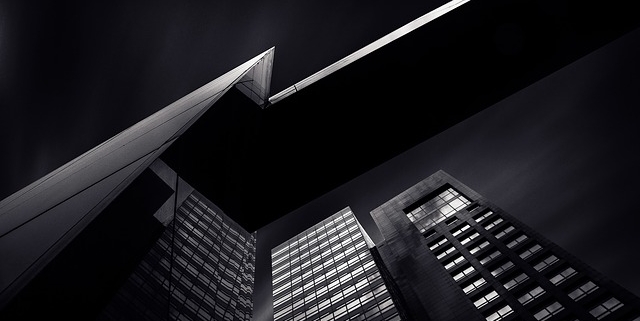 It seems that there has been a shift in the past week from a focus on flattening the curve to how we begin to open up society and the economy again. Although there may be some signs for optimism given the recent stock market rally and new medical data suggesting the infection rate is slowing, the looming possibility of a second wave of infections will continue to keep the populace on edge. Adam Finkel is co-founder and principal of Tower Capital.

The capital markets have evolved drastically in the past five weeks. Lenders have all but ceased operations as they manage assets, focus inward on their current portfolios and avoid originating any new loans. The CMBS market has effectively been shut down, while many banks have had to divert resources to manage the overwhelming demand for SBA loans. Financing for hotels and retail is essentially non-existent.

Demand, however, remains healthy for industrial and office projects in good locations with strong tenants. By far the most liquidity available is for multifamily, fueled by Fannie Mae, Freddie Mac, and HUD. Agency spreads have been reduced significantly from a few weeks ago, following the Fed’s announcement that it will buy unlimited amounts of Treasuries and agency mortgages, and remain an important source of financing for this asset class.

Lenders now require holdbacks for principal and interest payments, while some will demand additional reserves for property taxes, insurance, and capital improvements. These funds will be released after the borrower can show stable debt service coverage for a period of time, which will differ from lender to lender. Overall, investors in any asset can anticipate lower leverage and more conservative underwriting thresholds.

Most bank and life company rates are now pricing in the 4% range or higher, which accounts for anywhere from 50-150 basis point increase over pre-COVID levels. Many lenders are sitting on the sidelines because of difficulties in being able to properly underwrite current NOI and future cashflows. Additionally, any lenders, especially in the bridge space, who depend on CLO’s or warehouse lines are essentially out of the game.

The bright side is, lenders are prepared to work with their current borrowers during these challenging times, no matter the asset class. It is important for borrowers to be proactive, communicate openly with their lenders or servicers and determine an effective action plan.

Aside from hospitality and retail, most landlords have reported better than expected April collections. One of the largest multifamily lenders in the country recently reported collections in the 92-95% range across their portfolio. Owners of office space are experiencing a pause in tenant expansions and will likely have to offer more concessions to maintain occupancy.

Listings across the board, however, are temporarily being pulled from the market, while some sellers are refinancing and holding their properties. The deals that closed recently have done so by pure inertia – they were already well into the transaction.

Longer escrow periods are causing uncertainty, leading sponsors to underwrite deals with higher vacancies and no anticipated rent increases. Whereas a typical escrow may have been 45 to 60 days, they are now 90 to 120 days. The uncertainty is making it challenging for investors, lenders, and appraisers to underwrite future cash flows.

With the prospect of reduced rental income, higher interest rates, and lower lender leverage, property valuations will surely be negatively affected. How much and for how long is still unclear. One thing is certain: the longer the economy is shut down, the deeper the damage and the longer it will take to recover.

Adam Finkel is co-founder and principal of Tower Capital. Over the course of his career, Adam has overseen the successful placement of nearly $1 billion in debt and equity financing on behalf of his clients throughout North America. He has a diverse background in both finance, as well as commercial real estate leasing and sales. Adam has earned the designation of Certified Commercial Investment Member (CCIM), and he’s a member of the Forbes Real Estate Council.

About Tower Capital:
Tower Capital was founded to enable owners of commercial real estate to achieve their investment goals with the least amount of time, energy, and cost, while creating surety of execution and peace of mind.

Established in 2015 and headquartered in Phoenix, Arizona, Tower Capital provides customized structured financing to investors throughout the United States. We specialize in debt and equity placement ranging from $2 Million to $100 Million and have financed over $1 billion for our clients since inception. We focus on independent financial advising with an entrepreneurial mindset, market vigilance and personalized attention to every client.

How to raise capital in today’s environment
Scroll to top